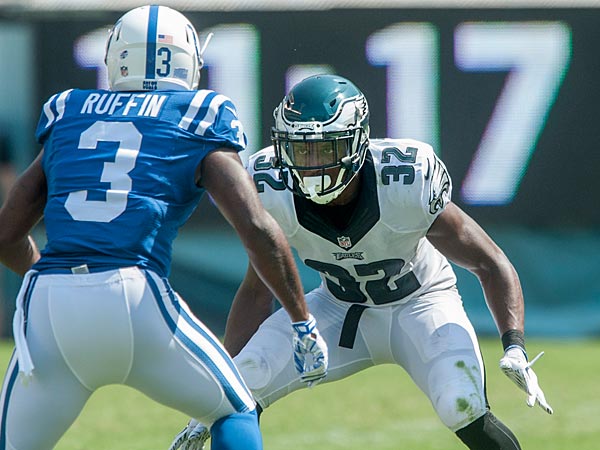 Dave Gettleman has done a great job of putting together a solid Panthers roster over his time here at Carolina. While bringing in unheralded free agents like Ted Ginn, Kurt Coleman, and Michael Oher, Dave has shown a talent for bringing in players that fit the mold of what the Panthers are looking for in regards to scheme fit.

This year has again been a bargain hunting process with additions like Geno Gradkowski on offense, Paul Soliai on defense, and Mike Scifres on special teams. Dave has used free agency to bolster the team's depth while keeping to a tight budget. If I were to hazard a guess, Scifres may be the only free agent acquisition that will be starting in the Panther's first game of the regular season. That's how good Dave has been at filling needs during his time here.

Now I believe there is an opportunity for Dave to step out of his comfort zone and make a trade of significant magnitude to greatly improve our roster in the defensive backfield. This trade would be a bold step for the Panthers because it would require significant cost and effort. It would also require Dave to step up and initiate the trade discussion with another team when they haven't made any overtures toward trading the targeted player.

Much like in 2011 when GM Marty Hurney traded a 2012 third round pick to the Chicago Bears for Greg Olsen, the trade would seem to have fallen out of the sky. That unforeseen deal has paid tremendous dividends since its completion. The trade I propose would send next year's third round pick to acquire a player that, I believe, will have great value to the Panthers for years to come. With the Panthers set to receive a 2017 third round comp pick for the loss of Josh Norman, the cost doesn't seem quite as daunting. Value paid for value received, I believe the trade I propose would be a win/win for the Panthers and ...the Philadelphia Eagles.

The Eagles currently have 11 cornerbacks on their 90 man roster. With a new coach and new defensive coordinator, they are reworking their personnel to fit their new defensive scheme. Head Coach Doug Pederson has said that cornerback Leodis McKelvin was the OTAs stand out player. Additionally, McKelvin and Ron Brooks got all the repetitions as starters during the OTA and minicamp practices. Another block to build this premise upon is that both McKelvin and Brooks have played under new Defensive Coordinator Jim Schwartz so there is a comfort factor there.

Odd men out in the new depth chart are last season's starters, Nolan Caroll and Eric Rowe. With the wealth of depth at the position and the demotion of last year's starters...I believe the Panthers should broker a deal with the Eagles for cornerback/free safety Eric Rowe. Rowe was a lone bright spot in the Eagles defensive backfield last year. Chip Kelly's second round draft choice in the 2015 draft (47th overall), he is only 23 years old. Philadelphia would have to seriously consider a chance to regain a draft pick for a player of diminished value in the new defensive scheme.

Lance Zierlein of NFL.com did Eric Rowe's NFL Combine analysis and, when you look it over, it seems he would be a great fit for what the Panthers were looking for in this year's draft.

Digging back even farther, to his time at Utah, Rowe played at free safety for his first three years before moving to cornerback for his senior season. His coaches raved on his mental approach to the game and his willingness to do whatever was asked of him. Noted as a solid tackler who provide solid run support, his man on man skills are not NFL level but he is a good fit for a team who employs a zone scheme.

I liked Eric Rowe as a potential Panther in last year's NFL Draft and now the timing seems right to make a play to bring him to Carolina. I think he would be a strong prospect in the starting cornerback competition that is evolving this off-season. Even if he should lose out to our young prospects at corner, he would provide excellent depth at both corner and free safety. Rowe may even emerge as heir apparent to free safety Kurt Coleman, if he decides to chase the money in free agency after this season is over.

This is "outside of the box" when you consider how Dave Gettleman has normally handled his roster but I think there is merit in the madness. Thanks to all who have taken the time to read this post and be sure and vote in the poll I've attached.

Should the Panthers reach out to the Eagles to discuss a trade for Eric Rowe?