The Panthers take their inconsistent defense to Seattle to face the Seahawks enigmatic offense under the bright lights of Sunday Night.

Share All sharing options for: Panthers at Seahawks: Defensive Preview

These past two weeks have encapsulated the entire Panthers season in a nutshell. Against the Saints, the Panthers defense was able to completely stymie arguably the league’s best offense. However, the offense struggled to consistently move the ball against one of the league’s most porous defenses. Fast forward 10 days, and the Panthers offense has found a way to score 32 points against a struggling defense. But as is the Panthers way, the defense failed to hold up this time, giving up 28 points on top of the 7 given up by an offensive turnover.

Now comes a trip to Seattle, who boast the most wildly variant offense in the NFL. The Seahawks have scored over 30 points in a game three times this season. The Seahawks have failed to score a touchdown in a game three times this season. That includes last week, where the Seahawks put up a whopping total of 5 points on the scoreboard against the Buccaneers. They also had a game where they scored their only touchdown with 31 seconds left in the contest. Which Seahawks offense will show up? Who really knows? 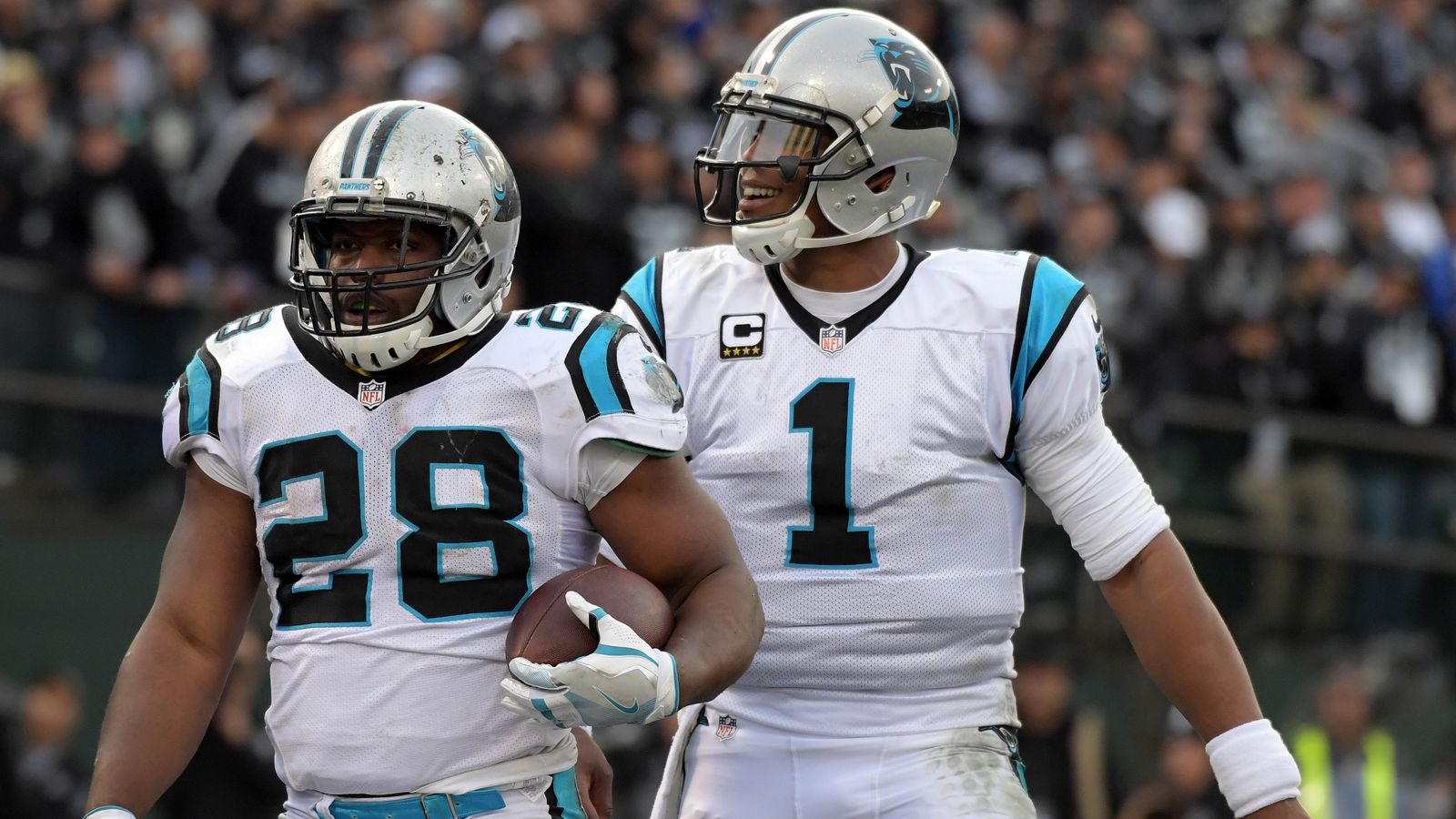 The Panthers will hobble into the Pacific Northwest to take on one of the NFC’s premiere defenses. This should be fun.

The Seahawks are enjoying their most productive season through the air since they drafted Russell Wilson - The team’s 253 yards per game ranks 14th in the NFL. It’s not all sunshine and rainbows though. Wilson’s 93.9 passer rating and 3.0% touchdown percentage are the lowest in his career and he’s failed to throw for a touchdown in five games this season. In his last two games, Wilson has completed just 35 of 66 passes for 423 yards, 1 touchdown, and 2 interceptions.

A big reason for Wilson’s struggles are a combination of injury and protection. Hampered by multiple lower body injuries early in the year, Wilson didn’t possess his typical elusiveness and was a sitting duck for opposing pass rushes. Wilson seems to be back to full health, but his offensive line is still bad. Wilson has been sacked at least 3 times in three of the Seahawks last four games, including the 6 sacks he took in the Seahawks abysmal performance in Tampa Bay.

The Panthers should be able to exploit the pass protection of the Seahawks. Somehow the Panthers find themselves tied for 3rd in the NFL (with the Seahawks. Yikes.), even after an atrocious start to the season. The big concern here is to corral Wilson once the pocket starts breaking down. If he is allowed to escape and buy more time for his receivers, it’s highly unlikely the Panthers secondary will be able to hold up, especially considering the injuries.

Joining Luke Kuechly in the concussion protocol is safety Kurt Coleman. It’s a big blow to an already thin secondary. That leaves Michael Griffin and Tre Boston as the likely starting safeties. The Seahawks don’t have big name superstars out wide, but they can get deep and they will make big plays, so it’s imperative that Griffin and Boston stay disciplined. That’s not something you’d want to have to count on.

Perhaps the most interesting match-up in the Seahawks passing game is the one between tight end Jimmy Graham and linebacker Thomas Davis. Graham is having a bit of career resurgence this year as he’s on pace for his third career 1,000 yard season. Davis has always been quick to take shots at Graham when the opportunity presents itself during play. Davis roughing up Graham and getting him off his game will go a long way in protecting the middle of the field in the absence of Kuechly.

The Seahawks on the other hand are the owners of one of the NFL’s most anemic rushing attacks. The Seahawks have mastered the art of giving their fans false hope for an improved rushing attack. The running game looked to be in good hands early in the season with Christine Michael leading the charge. He came out of the gates on fire, averaging over 5 yards per carry in each of his first three games. That fire was quickly extinguished as Michael failed to top 4 yards per carry in any of his next five games.

But that seemed to be okay. CJ Prosise was given a chance to lead the backfield, and all he did was generate 153 yards of total offense in his game as a starter. He then followed that up with a 72 yard touchdown scamper against the Eagles. And then he got hurt.

But that was okay, because Thomas Rawls is back now. Except Thomas Rawls hasn’t been able to produce. He’s toted the rock 26 times since his return from injury, but he’s only been able to gain 95 yards with those carries and is yet to find the end zone.

That is where the Seahawks are now. A so far ineffective Thomas Rawls is the workhorse back behind a poor offensive line. The wildcard here is the rushing ability of Russell Wilson. After failing to top 20 rushing yards in the Seahawks’ first ten games, Wilson blew up for 80 yards on the ground against Tampa. A lot of Wilson’s rushing tends to come from scrambles, but the Seahawks will throw in the occasional designed run when the defense least expects it. The Panthers have to stay on their toes at all times.

It’s bleak. The Panthers defense has a very good chance to hold their own, but the offense will probably struggle mightily. Any chance the Panthers have to win this game will come down to the defense making big plays and handing points over to the offense on a platter because the offense probably won’t generate much on its own.