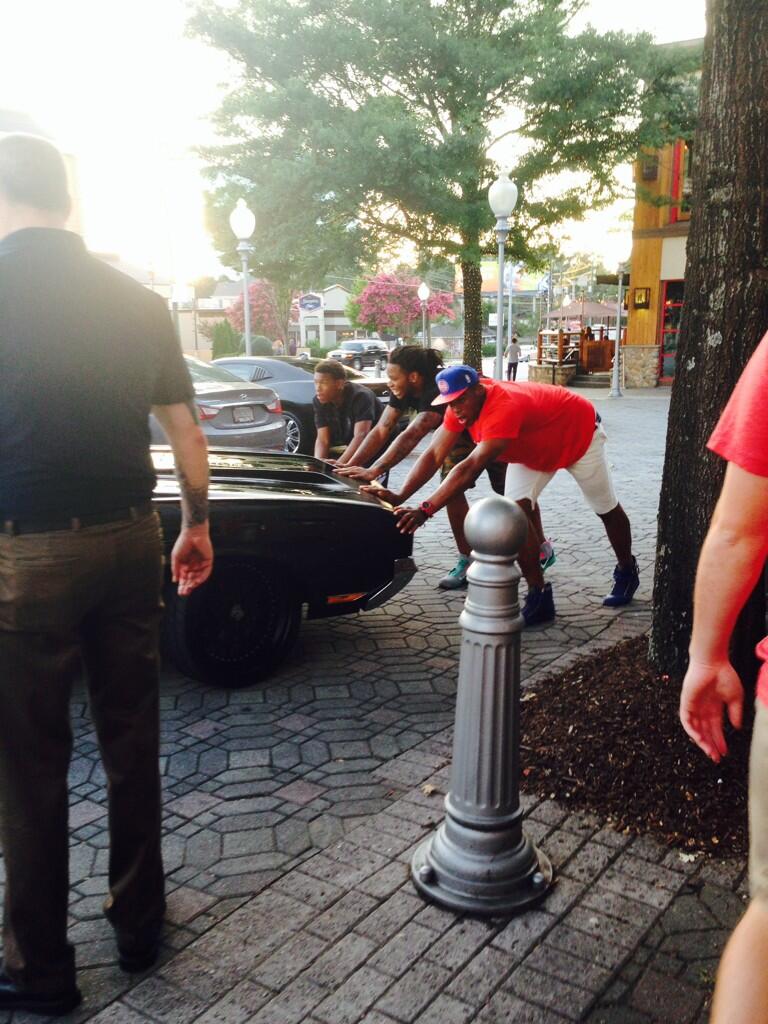 The Carolina Panthers are always willing to offer a helping hand, even in the most unexpected of places. Over the weekend Cam Newton, Kelvin Benjamin and Kony Ealy found themselves out and about before spying a broken down car. Naturally being all-around good guys they gave a helping hand.

Initially you might be concerned. After all, Newton is just a few months removed from ankle surgery and pushing a car is probably the last thing the doctor ordered, but heck if you or I can push a car it's probably okay for a professional athlete to lend a helping hand -- especially with two big guys flanking him.

The three Panthers combine for 767 pounds, that's a whole lot of mass to move one muscle car. It's Benjamin who steals the show in this photo op -- look how freakin' happy he is to be pushing a car. Ealy and Newton look how we all would when moving something in the North Carolina heat, but the rookie receiver is loving every second of it.