Some chump named Peyton Manning won it. It's one of the few times the past year the 3rd year LB has been denied anything.

Seahawks win ESPY for Best Team; Richard Sherman named Best Breakthrough Athlete
Wilson was a finalist for "Best NFL Player," but the ESPY went to Broncos quarterback Peyton Manning, who set NFL single-season records for touchdown passes and passing yards during the regular season. The other nominees were Carolina Panthers linebacker Luke Kuechly and running backs Jamaal Charles of the Kansas City Chiefs and LeSean McCoy of the Philadelphia Eagles.

He was robbed I tell you! So Manning threw for like a bazillion yards and twenty dozen touchdowns, so what? I think its just because of his last name. Soon though 'Kuechly' will be a household name just as popular as 'Sandcastle'. You just wait and see.

In response to this obvious snub I've decided to give the 1st annual CSR Best NFL Player Award for 2013 to none other than Luke Kuechly. Our trophy is way better than a stinking ESPY: 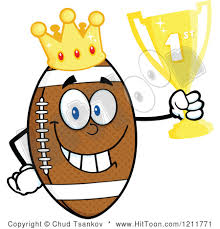