NFL.com is clearing out its shelves and now you have the chance to buy some primo terrible merch.

Share All sharing options for: The worst Carolina Panthers merchandise money can buy

The draft is over, training camp has yet to begin and the wait is almost paralyzing. Sure you can sit on your hands and count the days until football is back, or you can pad the time with some good old fashioned consumerism. If you're aiming to buy some Panthers merchandise NFL.com has you covered with its clearance section. A mythical place of old jerseys and terrible items.

Here are the five best worst items your money can buy. 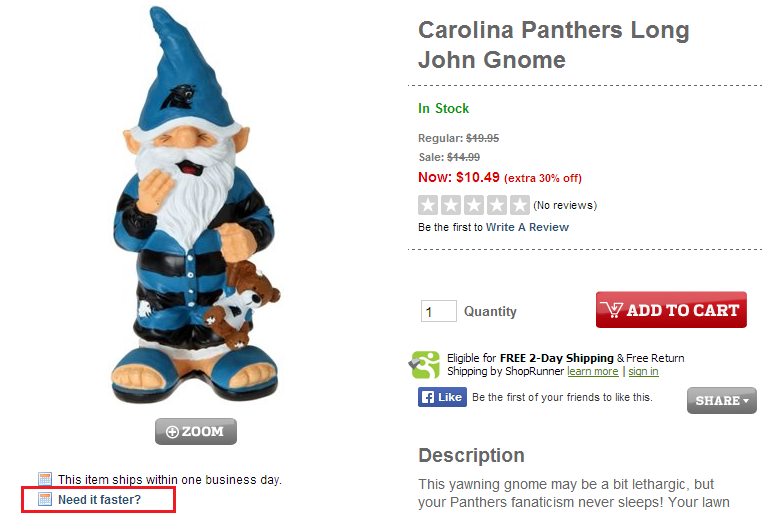 I don't even know where to start here. Gnomes suck, they totally do. The only gnomes that were moderately awesome were in World of Warcraft, and that's because they could cast spells. This one can't do any of it, he just loafs his way around the house like the sleepy f*ck he is.

The only thing worse than the gnome is the person who needs it faster than within a business day. 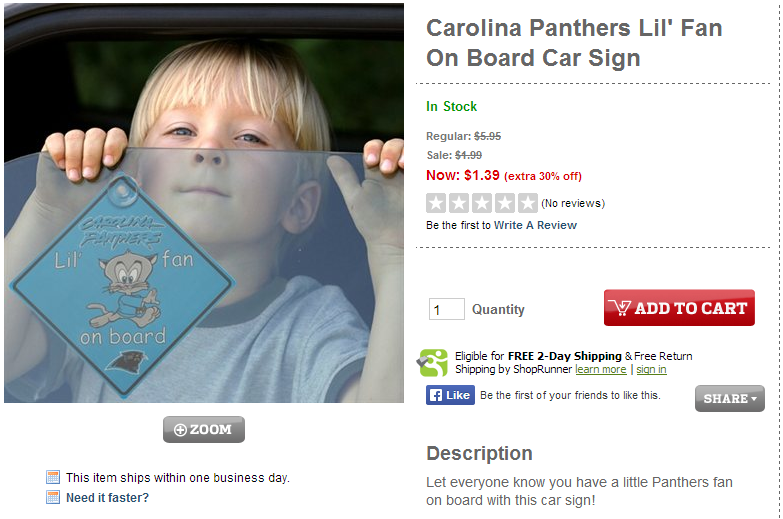 Okay, I rescind my previous statement. The only thing sadder than the gnome is people who spell the word "little" lil'. It's not cute or charming, it's just sad.

Look at this poor kid. He's wistfully staring out the window imagining a life where God didn't doom him to be born to a parent who uses the word "lil." Our question is why the hell they turned a panther into a second-rate Sylvester rip off. 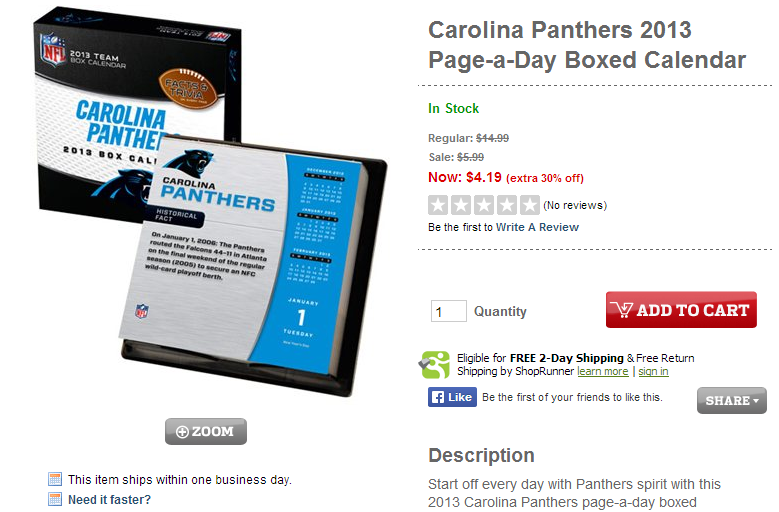 Unlike the other items I love this one. Not because it's useful or has a purpose, but the sheer audacity of the NFL to think its fans are such mouth-breathing morons that they'd buy a year old calendar, just because.

You're essentially spending $4.19 for the roughest toilet paper experience of your life. That said, there aren't many times you can introduce your posterior to the rushing statistics of DeShaun Foster thanks to its "trivia," so there's that. 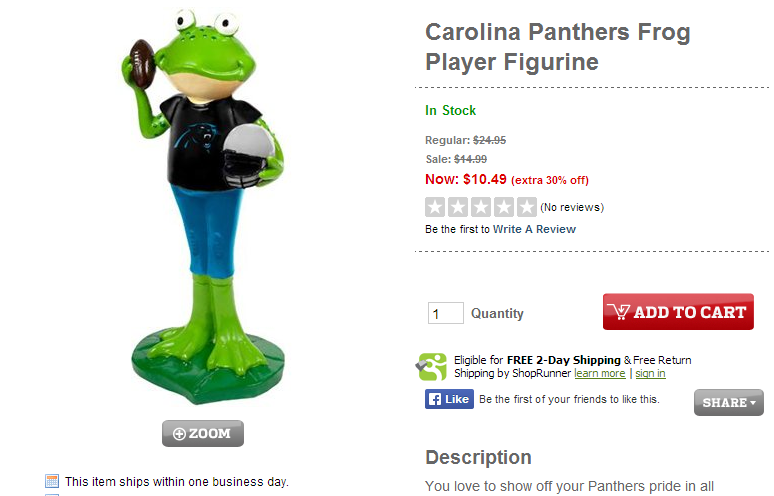 Frogs have been synonymous with Carolina Panthers football since... I dunno, the frog wars of 1812?

It's about this time you start to realize that the league is buying up items that you can find in a dollar store, throwing a logo on it and attempting to charge $24.95 for it. The most depressing part is that you know some frog fetishist owns one of these. 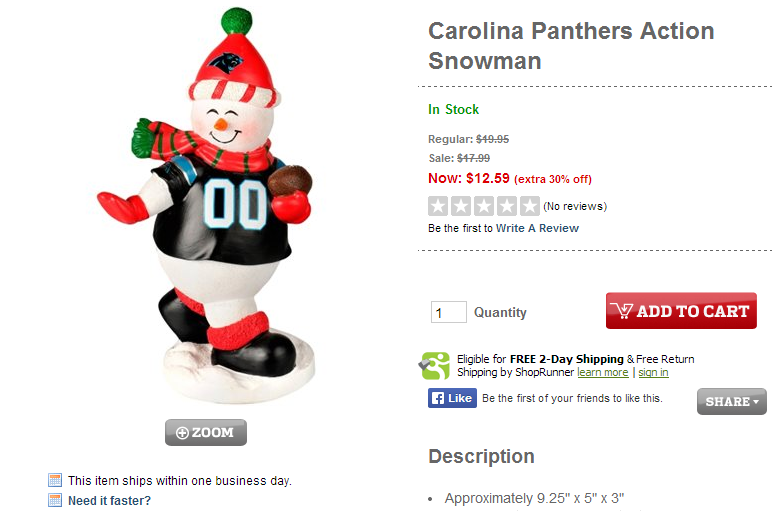 Can this thing melt already? It's some weird Bengal-Panther hybrid merchandise sold to the same people who aren't allowed in the library anymore after someone found their Frosty fan fiction on the communal printer.

Oh good, it's an "action snowman" as opposed to the "doesn't do crap" snowman they tried to sell in previous years. 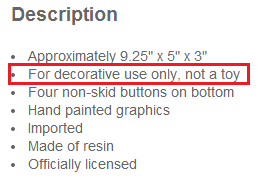 At least NFL.com was good enough to quietly let us know that this item wasn't destroyed after the Chinese lead paint scare of 2007. Pro tip: If you bought this thinking it was a neat decorative item please suck on it from now until October.