After the Panthers took Cam Newton with the first overall pick in 2011, the rest of the draft turned into a disaster. Character issues played a major role. Sixth round pick Lawrence Wilson was cut after being caught speeding and smoking weed. Terrell McClain, the 65th overall pick, was released before his 2nd season even started. I still believe that McClain, a 3rd round pick, holding out at the start of training camp was a sign of bad things to come. Then there's Brandon Hogan, a guy that had 3 arrests (including a DUI) under his belt before the start of his rookie season. The Panthers surprisingly cut him mid-way through his 2nd season, after appearing in just 3 measly games. 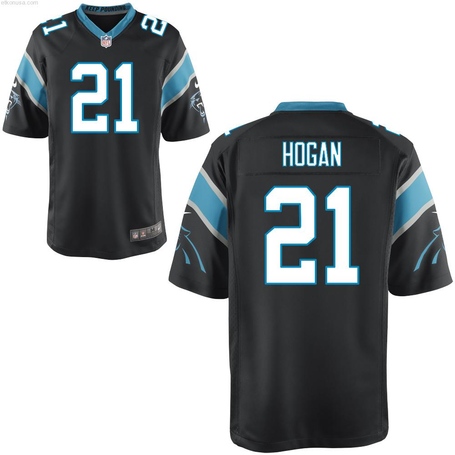 via etkonusa.com: I hope nobody rushed out too quickly for their Brandon Hogan jersey

And it is a league-wide concern too. Justin Blackmon and Josh Gordon have shown elite NFL play on the field, yet the substance abuse issues that plagued them in college followed them to the NFL. Blackmon was a top 10 pick that barely played in his 2nd season due to multiple substance abuse infractions, while Gordon was reportedly only "1 strike away". Despite his high level of play and their 2nd round investment in him, the Browns were openly considering trading him. And let's not talk about the Aaron Hernandez saga.

So let's talk about an aspect for a few of the 2014 prospects that can mean just as much as height, weight, and 40 time:

Note: I'm thinking this will be a two part post, with this part focusing on the guys with some potential negatives. Being on this list doesn't mean a guy is a bad person, just that he may have some tough questions to answer before a NFL team makes a significant investment in him.

(almost assuredly out of our reach, but you never know what happens on draft day)

After his freshman season, he was pulled-over and arrested by campus police after they found marijuana and two capsules of Adderall and Vyvanse (controlled substances used for ADHD) in his car. To his credit, Watkins was contrite and has stayed out of trouble since then. As part of his community service, he's talked to kids about hanging around good people and staying out of trouble.

Kelvin was 20 years old in 2011 when he graduated high school and came to FSU, causing some obvious scrutiny. In fact, state rules prevented him from playing his entire senior season in high school because of his age. After getting to FSU, he reportedly struggled with his weight, struggled adjusting to college life, and especially struggled with his play on the field. This resulted in him being redshirted. From there he made an effort to improve his work ethic and conditioning. Still he remained rather low on the depth-chart in 2012, and even until after the start of the 2013 season. Then he bloomed and boomed to end the 2013 season. He cites growth, maturity, and desiring to be a captain as a big reason, and you can listen to him talk here at the start of the 2013 season.

In 2009, a young lady accused Lewan's roomate, kicker Brendan Gibbons, of raping her at a frat party. She stated that Lewan threatened to "rape her again" if she did not drop the charges.

He was also recently interviewed concerning allegations that he assaulted an Ohio St fan outside a restaurant after the Ohio St-Michigan game. He denies fighting, also saying that he was trying to break up a fight and help out the situation

Henderson went to Miami as the #1 high school recruit in the nation and USA Today's High School Offensive Player of the Year. Bluntly put, he had a very rocky career there. After his freshman year, he struggled to stay on the field for many reasons and never became the elite LT the country envisioned. Early on he needed back surgery and missed a large portion of the season. He missed time again after being involved in a car accident where he ran a red light and struck a car with 6 people inside (including some young children). At the time, his license was suspended. At the same time he was struggling with the recent loss of both a close friend being murdered, and with his aunt dying from cancer. He was suspended at least 3 times by the Hurricanes during his career, most recently in this past October. This was after he returned to school in hopes of improving his draft stock. At the Senior Bowl, he admitted the suspensions were due to marijuana use. He states that at this point, he just wants to be honest.

In March, Seferian-Jenkins was arrested for DUI after crashing his vehicle. His blood alcohol content was twice the legal limit. He had to serve only one day in jail after 363 of his 364 day sentence was suspended. He has been contrite since then, calling it a "humbling" experience, and speaking to high school students about his mistake.

Lyerla quit the team and declared for the draft in October of this year, after a rocky relationship with his head coach. Three weeks later, he was found in a car snorting a white substance. He was eventually sentenced to 10 days in jail after pleading guilty to cocaine possession. He is also on two years probation, and must complete a drug program.

Purifoy was suspended by Coach Muschamp for the first game of the 2013 season. Several guys in a car got pulied over in a traffic stop. Then an unknown person threw a "marijuana cigarette" out the window. The officer searched the car and a baggie of marijuana was found. Purifoy was arrested for marijuana possession, but the case was eventually dropped due to a lack of evidence (they couldn't figure out who the weed belonged to).

Walt is an interesting case, and he's actually from Charlotte. He went to Illinois, and got arrested with a few other football players for stealing a computer from a dorm room. After being convicted, he spent 14 days in jail and was released from the team by coach Ron Zook. He then transferred to Liberty University in Lynchburg, VA for the past few seasons. His dad is the longtime basketball coach at Harding University High in Charlotte, and is actually the interim football coach right now too. By most accounts, it comes across as a good kid getting caught up in a bad crowd/bad situation. Liberty is a Christian college known for a strict code of conduct that students must adhere to. Since he did well there, I believe his previous issue was just an isolated incident. He seems to have put the past far behind him, and has grown as an individual. I'm sure he would love a chance to play for his favorite team. (Check out the last link to his interview, it's really worth reading)

Thanks for reading, and next time I plan to talk about some guys with some extra-positive aspects.

Seantrel Henderson is a much debated prospect among many NFL fanbases. Weighing his potential vs. his documented issues/college production, where would you take him?