Lately, i have been just un-motivated to do any new fanposts, but i feel like this is a must do article that no-one has touched. Let's break down Mcnutt. 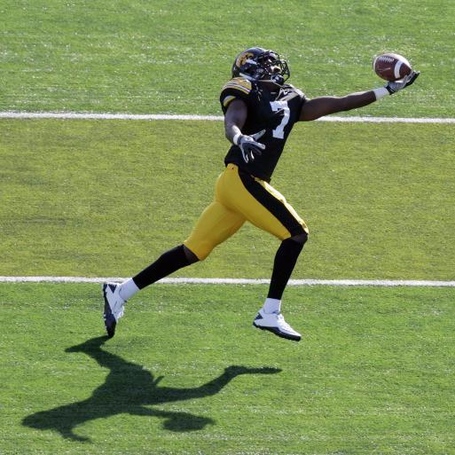 How is Mcnutt's speed? Mcnutt ran a a 4.54 back in 2012 at the combine. that is rather slow for a receiver, so that basically makes Mcnutt a posession receiver. How are Mcnutt's hands?

Mcnutt has some of the best hands on this team. measuring with 10 inch hands, and makes circus catches for a living. has soft natural hands that will assure a catch almost every time. How well does Mcnutt run routes?

Mcnutt runs very good routes, very polished at doing it. doesn't round off often, and runs any route given to him down to a T. How is Mcnutt's blocking?

Mcnutt is a very good blocker, normally dominating any corner back that attempts to jam the run. How well is Mcnutt's catch controlling?

Mcnutt needs to work on catching the ball at it's highest point. often body catches easy passes, and will lose speed do to it. Potential?

Hope you guys enjoyed this, somewhat. I probably am going to take a retirement for now on Fanposts. Just getting outworked right now on trying to balance 15 different threads that i will potential post. If you guys have any requests I ill try my hardest to motivate my self you guys, but until then stay cool, and Keep Pounding CSR!

What do you think?