As of this morning, the Carolina Panthers have claimed DE/DT Ra'Shon Harris off of the NFL Waivers.  Ra'shon played with the Steelers this preseason and was cut simply due to their depth.  Some have speculated that he might have been the Steelers future at nose tackle in their 3-4...here are some interesting things about him: He weighs about 300, is 6'5", played for the Oregon ducks in 2008, was the Ducks leader in the weight room, shared team’s top bench press pinnacle (415 lbs.) regardless of position in addition to equaling best power clean mark (341 lbs.) among team’s defensive linemen. 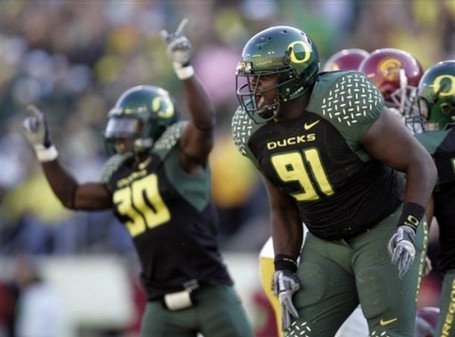 Also, here is what others have said about him:

A strong, well-built tackle with good power and base strength at the point of attack. Works his legs well through blocks and can control linemen on runs to either side of his body. Plays with a good motor and does a nice job extending his arms and delivering a strong punch on contact. Works very hard inside and takes pride against the double-team. Has the power to hold the point of attack. Will find his way as a rotational type defender.

Harris only produced three tackles in his first two seasons in Eugene, but the light started to come on during his junior season. He then stepped up his game as a first-year starter in 2008, making 47 tackles, nine tackles for loss and sacking the opponents' quarterback three times. His ability to take up blockers made everyone on the line more effective. His potential as a interior presence could get him drafted.

Ra'Shon Harris is an interesting player to look at for the combine. He had a very solid career at Oregon and definitely has the size to play in the NFL. I definitely think a team will give him a shot in the NFL, but I am not sure how he will do at the combine. I am not sure if he will stand out in any of the tests and the combine.I feel he will have an average combine in the speed, agility and jumping tests. He will have good strength tests, but I am not sure if the bench press will distinguish him much from other defensive tackles. I think the combine will keep Ra'Shon's stock the same and may hurt his stock some

Also, a more recent development, the Panthers have claimed rookie RB Tyrell Sutton off the waiver wire.  Sutton was an undrafted free agent initially signed by the Packers.  He is 5'8' and 213 lbs and played for Northwestern.  Some have called him quick and explosive, but lacking breakaway speed.  Apparently Sutton may have been cut because he wasn't big enough, comparatively to the Packers other backs but he was wildly impressive in preseason... 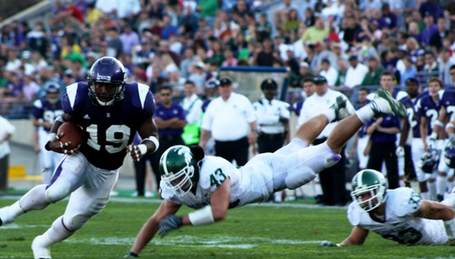 The pickup of Tyrell Sutton could mean a couple of things:  A: That the Panthers are not confident in JStew's return this year,  B: Maybe he could be a return man,  C: He could be used in the passing game, or D: The Panthers could just not resist picking up this talent...Either way, Foxy is up to something that we don't know....my guess is that this is a signal that JStew is not gonna be okay...

What do you think of our Waiver Wire Pick ups??